I'm beyond excited to have Gary Corby, the guru of all that is Greek and mysterious (because he writes mysteries set in ancient Greece), here today. His latest caper, The Marathon Conspiracy, about Nicolaos, the gumshoe older brother of Socrates, just released last month. Take it away, Gary! 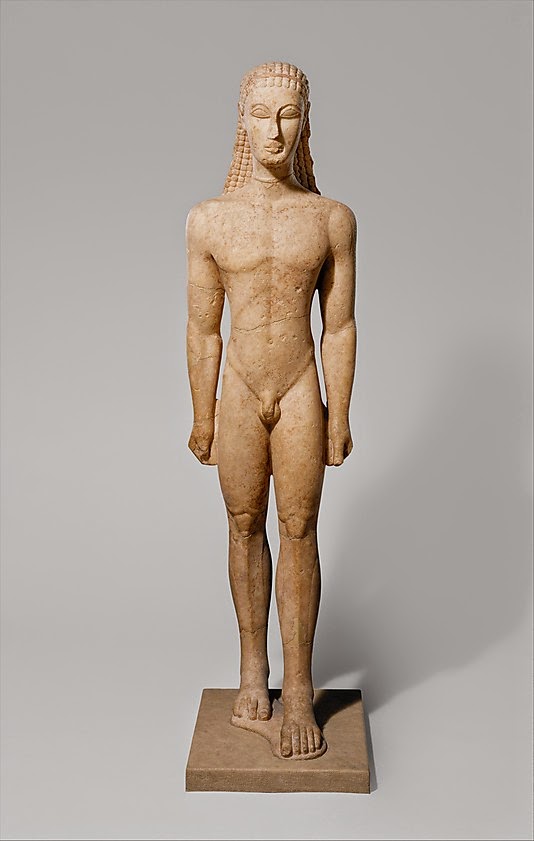 Here’s a trick question.  What country does this statue come from?

Many people would say Egypt.  It certainly looks Egyptian, doesn’t it, with the arms by the sides, the left leg forward and the perfectly symmetrical body.

It is in fact Greek.  The statue is a kouros, a grave monument to a young man.  This one is in the Metropolitan Museum in New York, but there are loads of these kouros statues dotted around the world’s museums, and every one of them looks just like this one.  The pose is always exactly the same Egyptian stance.

Archaic Greek statues look Egyptian because the Greeks thought their culture came from ancient Egypt.  It was like a little boy copying his big brother.  Many people don’t realize the ancient Greeks also had sphinx statues, and the sphinx is about as Egyptian as you can get.

When an ancient Greek wanted to go on a study tour to a place of higher learning, he hopped on the next boat going south to Egypt.  Solon the Wise did exactly that (and came back with an unfortunate tale about some place called Atlantis).  Egypt is the only place we know for sure that Herodotus visited.  Alexander the Great visited Egypt, bringing a few friends with him.

Another odd circumstance is that a lot of the graffiti to be found on Egyptian monuments is written in ancient Greek.  Greeks liked to hire out as mercenaries, you see.  Many of them found work in Egypt, where like soldiers everywhere they wrote the ancient Greek equivalent of “Kilroy was here.”

Gary Corby writes murder mysteries set in classical Greece.  You can typically find him at garycorby.com. 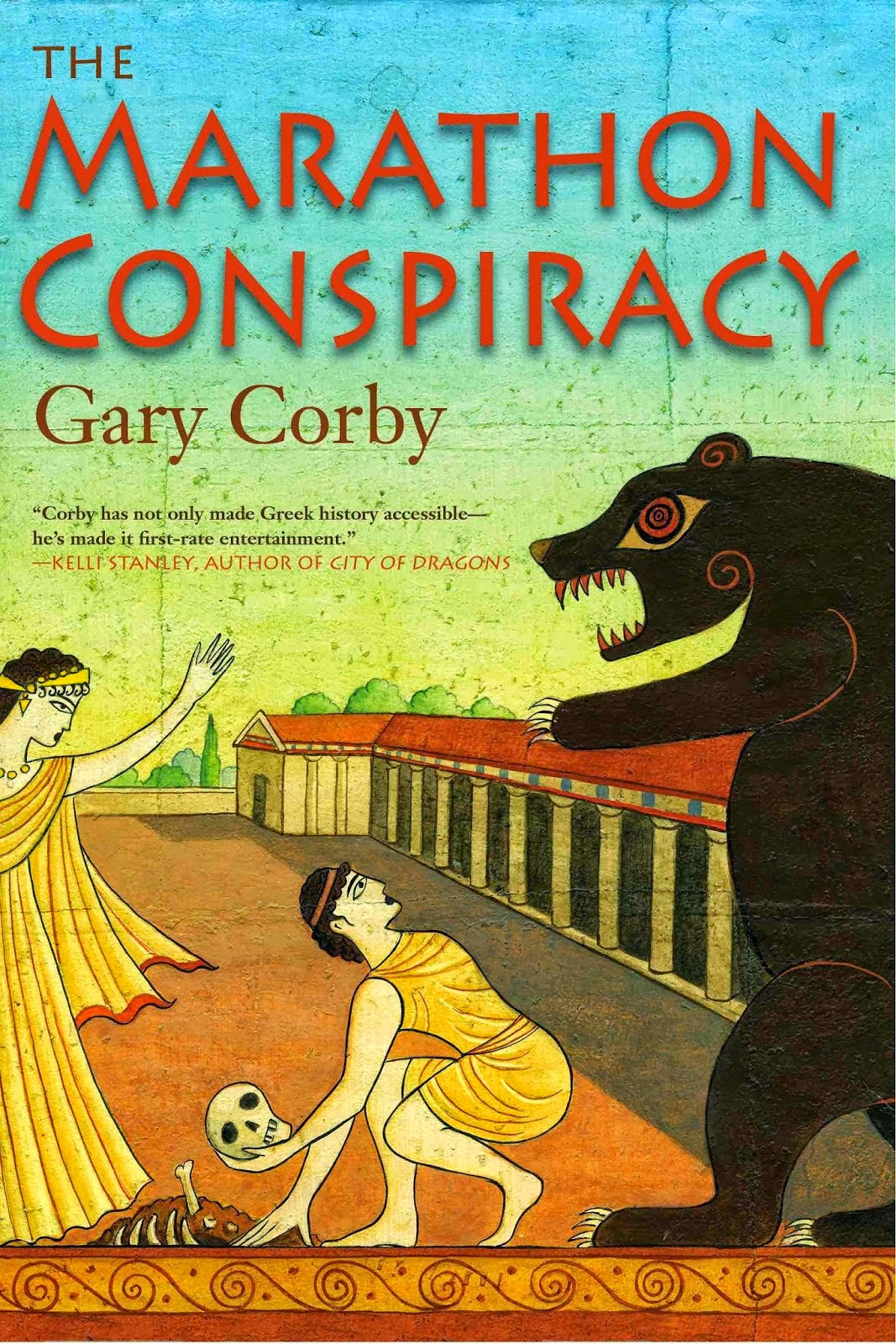 Synopsis: Nicolaos, Classical Athens's favorite sleuth, and his partner in investigation, the clever ex-priestess Diotima, have taken time out of their assignments to come home to get married. But if Nico was hoping they'd be able to get hitched without a hitch, he was overly optimistic. When they arrive in Athens, there's a problem waiting for them.

The Sanctuary of Artemis is the ancient world's most famous school for girls. When one of the children is killed, apparently by a bear, and another girl disappears in the night, Diotima's childhood teacher asks her former pupil to help them. Diotima is honor-bound to help her old school.

Meanwhile a skull discovered in a cave not far from the sanctuary has proven to be the remains of the last tyrant to rule Athens. The Athenians fought the Battle Marathon to keep this man out of power. He was supposed to have died thirty years ago, in faraway Persia. What are his remains doing outside the city walls?

Nico's boss, the great Athenian statesman Pericles, wants answers, and he wants Nico to find them.

What makes it all so ominous is that the skull was discovered by the two students of the Sanctuary of Artemis who are dead and missing.

What does a decades-dead tyrant have to do with two young girls?  Where is the missing child?  Is a killer bear really lurking beyond the walls of Athens? And who is the mysterious stranger who's trying to kill Nico and Diotima? Can the sleuths solve the interlocked crimes and save a child before their wedding?
Posted by Stephanie Thornton at 12:30 AM