I just returned from a terribly relaxing week on Kauai where I did a lot of sitting in the sun and not much else. (Although in case my editor or agent are reading, I did a ton of editing on the planes!) As my 2012-Year-In-Review post isn't quite ready (blame the two hours of lecture notes I had to take yesterday), I thought we could all ooh and ahh over pretty Hawaii pictures instead. 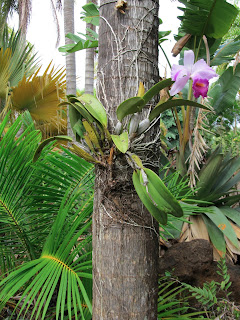 I have a tendency to kill orchids, so I was pretty impressed by this one growing off a tree. 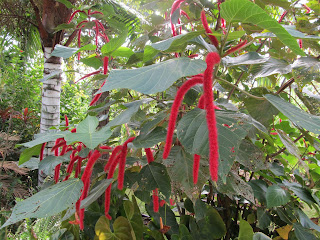 A chenille plant. I've killed several of these in Alaska--I guess they like Hawaii better. 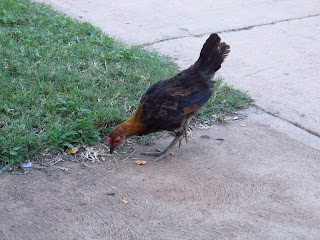 Kauai is covered with chickens and roosters. Apparently they flew the coop (ha!) during Hurricane Iniki and have since multiplied and gone wild. This one liked Subway sandwiches. 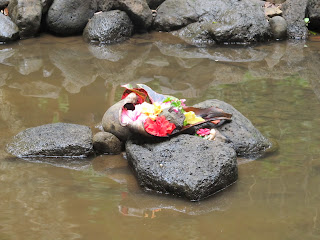 A gorgeous offering left behind at the Queen's Falls on the Wailua River. 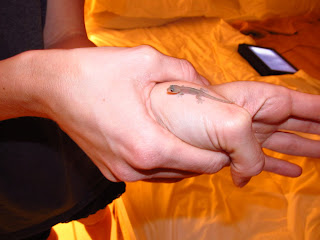 The teensy-tiny gecko I tricked into jumping on my hand. His name is Willard. (And yes, I almost brought him home, but thought it would be cruel to transplant him to a house in Alaska. With two cats.)

I'm pretty much thinking I should be a professional traveler/beach-bum. If anyone knows of an available gig, feel free to send my references.
(And on an unrelated side note, my daughter became obsessed with She-Ra on the trip and can now recite almost full episodes by memory. For the honor of Gray-Skull! She-Ra, She-Ra!)

What about you? Any cool trips on your agenda?

Posted by Stephanie Thornton at 8:10 PM